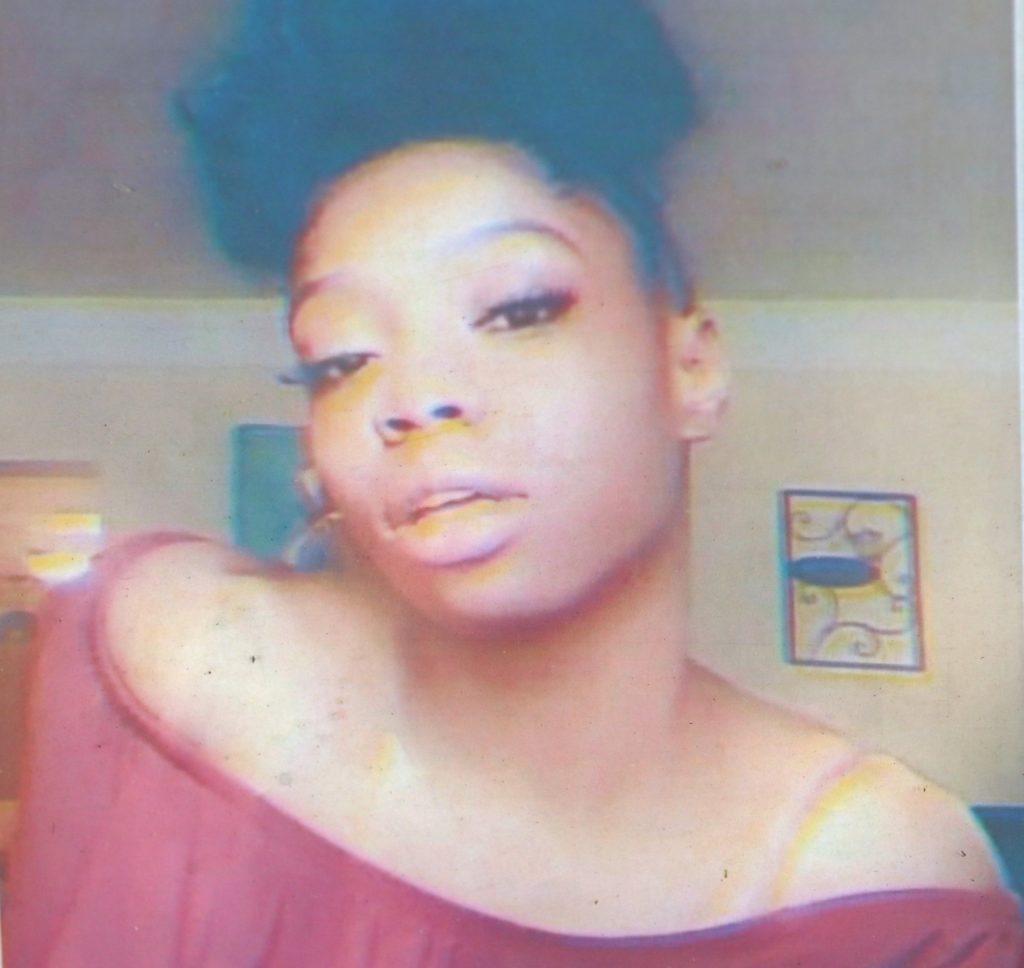 “She was funny and she loved to laugh.” said her mother Raeshawn Goodall. “We talked to each other about anything and everything and we had a great mother-daughter relationship.”

That relationship was tragically shattered as Davaisha Jenkins, 16, was found with a gunshot wound to her head around 4:15 a.m., July 23, in an upstairs bedroom in the 1200 block of Heather Lane and was pronounced dead at the scene, police said

Davaisha had recently gotten a job at McDonald’s which she enjoyed. “They worked her nine days straight and she was geeked about that job.”, commented her mom Raeshawn. “She was geeked to pick up her check on Thursday morning and we were going shopping.”
This all too frequent violence, gun violence which often claims the life of an innocent victim.This innocent victim was 16-year-old Davaisha Jenkins. “She didn’t live her life like that and definitely didn’t deserve to have her life cut short and we have to endure this pain”, commented her mother.

According to police reports,
several calls were received about a shooting around 4:15 a.m. on Thursday, July 23. Police responded to the 1200 block of Heather Lane where they found the victim.
Davaisha and her mother had planned to buy birthday gifts for her brother, “but that never happened”, said Raeshawn.

Asked, “What do you want people to know about your daughter?” “She loved people and people loved her. She could be silly, but she was funny and she liked to dance”, smiled Raeshawn. “She loved to do hair and wanted to become a Hairdresser, one day opening her own shop.”

The initial investigation shows that multiple bullets were fired into the home from outside, and several traveled throughout the home, police said. One hit the victim.
The shooting was not random, police said. They believe the residence was targeted, but have not said why.
“I just wish they would put the guns down, it’s senseless. My daughter should be here now enjoying her life. Instead, she’s where she’s at. More needs to be done to get guns off the street. Justice is very important to me and I want the police to apprehend everyone involved, regardless if it was their bullet that struck my daughter or not. All those that were shooting should be charged, including the inside people who set it up.”

The investigation is ongoing, with the Michigan State Police Crime Lab assisting. No arrests have been made.

Pastor Hines, Lily Missionary Baptist Church & The City of Jackson embody the spirit of giving, as motorist line up to receive over $67,000 in gifts.