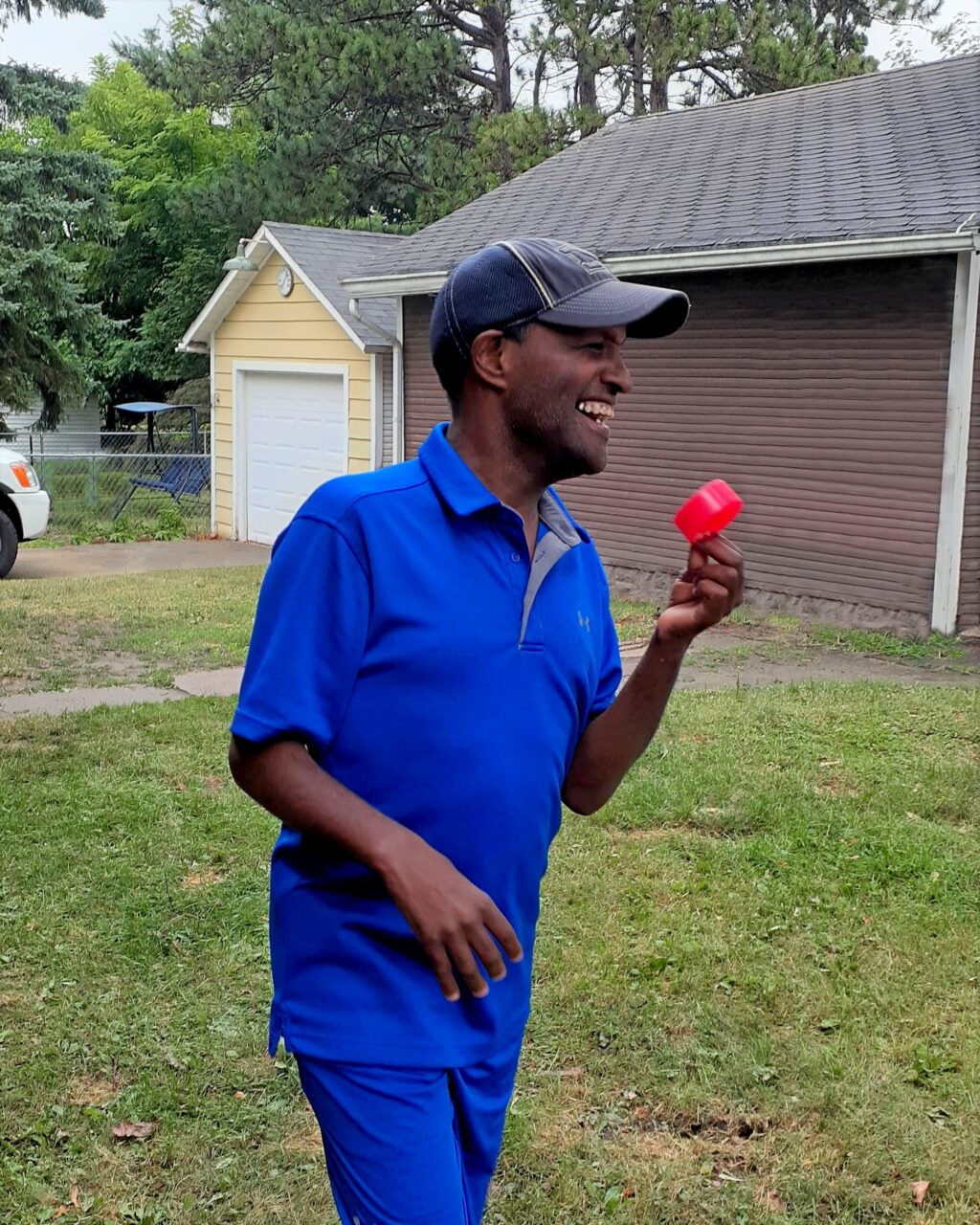 For almost thirty-five years, you couldn’t travel by the 100 block of Damon Street on the south side of Jackson, Michigan, without witnessing the energetic smile and laughter of Christopher Arnold, son of Mark and Jackie Arnold and the youngest of four siblings (RaShawn Arnold, Angela (Kofi) Oduro, and Mark Arnold Jr.).
Christopher E. Arnold attended Lyle A. Torrant Center shortly after birth and remained there until he graduated with a certificate of completion on May 19, 2005.  Christopher, known to many as Chris, was a lifelong member of Second Missionary Baptist Church of Jackson, Michigan.  Chris loved music and spent most of his time enjoying the outdoors.
As an infant, doctors said that Chris wouldn’t walk.  Not only did he walk, but he ran. You could find Chris on any given clear day, from afternoon until dusk, running around outdoors and enjoying the sounds of his neighborhood.  Doctors also said Chris wouldn’t see the age of 21, but God had other plans.
Chris had a very unique personality and exhibited a special kind of energy that demanded your attention any time you were fortunate enough to find yourself in his presence.  Although Chris was unable to communicate verbally, he always had a special way of connecting with anyone he encountered.  It never took long for anyone new to his community to become acquainted with Chris, adults and children alike.
God used Christopher as an instrument to teach people how to respect, protect, laugh at and love one another by his mere existence.  Sometimes the younger children would be curious of  Chris from a distance.  But in only a short time, they would be running behind him, beside him, and playing all around him (for as long as he’d tolerate  them).  Chris had an infectious smile and laugh that made you want to know him and to know him, was to absolutely love him.


On Sunday, February 28, 2021, at the blessed age of 42, God called his angel home to reside with his heavenly Father.  “LONG LIVE CHRIS” can be seen along the road where he  spent most of his time.  He leaves behind a community that is already missing him and will have to adjust to the new normal of traveling down that road without seeing Christopher standing at the end of the sidewalk, with his bright red top, smiling and most times waving if you happen to call out his name.