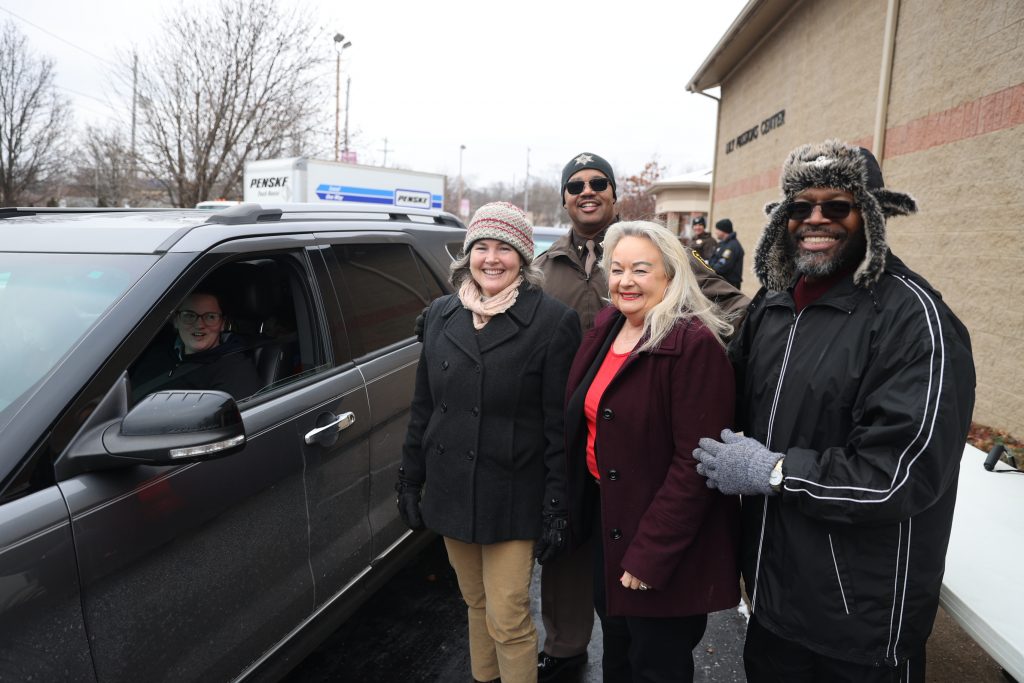 It was a wonderful Sunday at the Lily Missionary Baptist Church. The afternoon started off with Sunday service where Pastor James L Hines delivered the gospel. With Sunday also being the day the church would host Pastor Hines’ second annual birthday giveaway, the congregation had shown up with the intent of “coming dressed to bless”. The church would also remember each and every loved one lost throughout the City of Jackson. Pastor Hines went to various funeral homes collecting names so that individuals could be acknowledged have their lives celebrated through the act of giving. Immediately following Sunday service, Pastor Hines, his congregation, city police, state police, Sheriff’s department, Blackman township police, Herbalife, and other charitable members of the community began to distribute gifts, cash, and food to droves of drivers that arrived. Not only were families within the community blessed, but it was done in a manner that brought together different culturally and politically aligned community groups. Representatives from the Jackson High School boys basketball and Lumen Christi boys football teams came to hand out gifts in support. Representatives from both sides of the political aisle came out as well, state representative Kathy Schmaltz (R) and senator-elect Sue Shink (D), reminding each of us that we’re all in this together and that it takes each one of us working together to make a difference regardless of our differences.