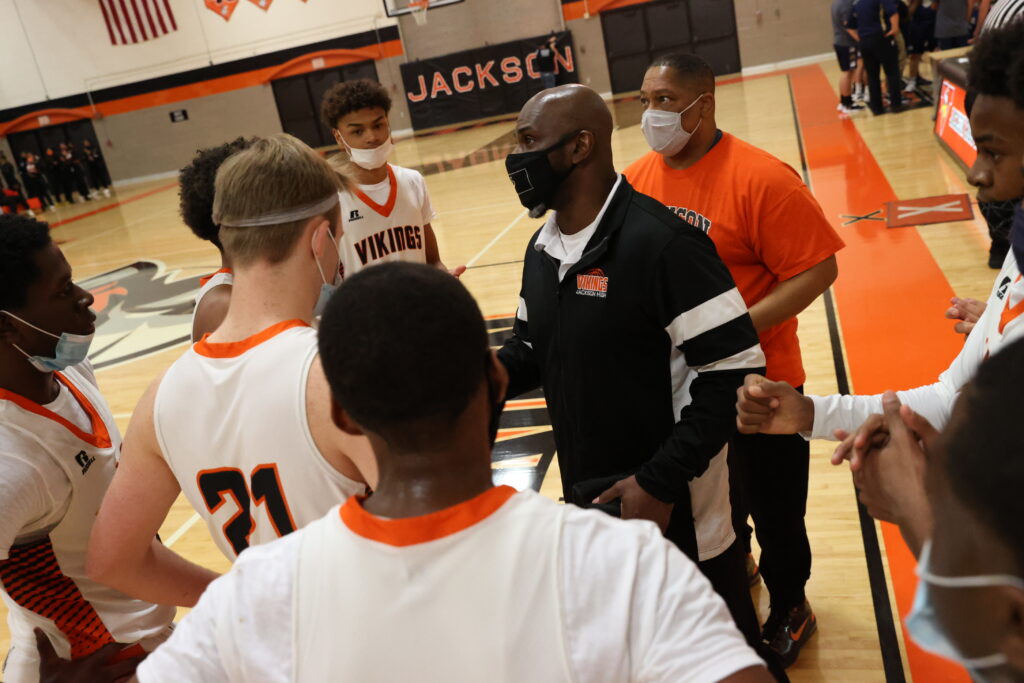 The Jackson Vikings Varsity Basketball team played its home opener Thursday night, in what has been determined to be an abbreviated  season.  The Vikings were on the short end of 51-35 loss to  the Chelsea Bulldogs, falling 0-2 for the season. Despite holding Chelsea to 51 points, scoring seems to be a problem for Coach Barnes very inexperienced team. Cayman Harris led the Vikings with 10 points. LeRay Griffin and Dylan Hartzell each contributed six points. The Vikings hope to get into the win column on Saturday February 20 at 2:00pm against Grand Ledge. During these unprecedented times, the Jackson High School Cheerleaders both varsity and JV were on hand providing school spirit and entertainment.