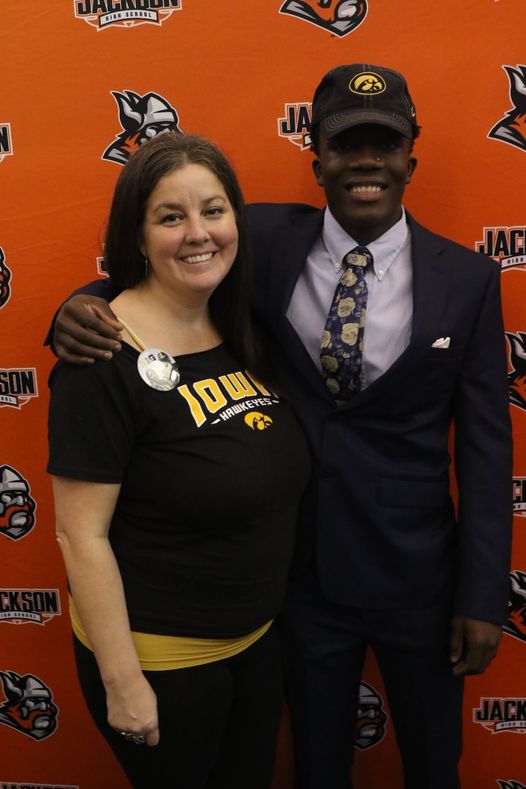 Star Jackson High School defensive back Olando Trader has signed his national letter of intent to play football at the University of Iowa.
“Olando is a very talented kid who has great speed and great strength for an athlete playing wide receiver/defensive back”, said Jackson High School football Coach Scott Farley. “He’s a super hard worker, great weight room guy who has really matured over his time in high school.”
“Next year I will work my butt off to get some playing time at Iowa”, said an excited Olando. “I don’t look at my future teammates at my position as competition, but rather what can I learn from each one of them.”
Olando credits Coach Farley with much of his maturity, saying, “He’s not really concerned with wins and losses, as he is with us becoming productive men.”
“We are super excited”, said Olando’s mom Kristi Trader. “We didn’t know where he was going at first. We looked at schools in the MAC and SEC but playing in The Big Ten is a dream come true for Olando. So, as his mom, we are super excited and on a scale of 1-10, it’s an 11”!