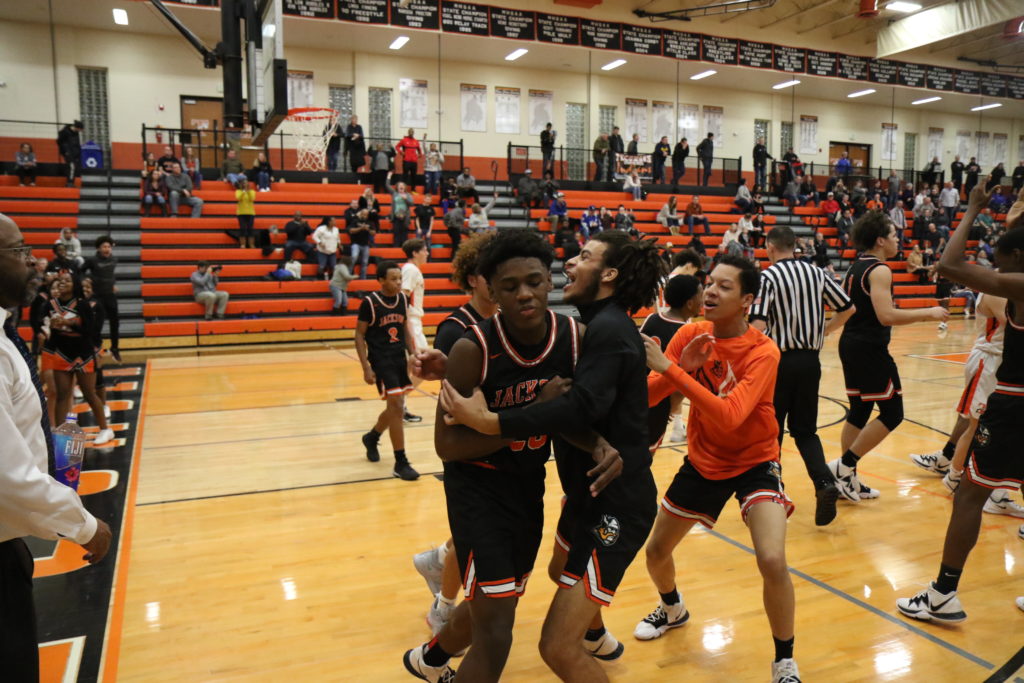 Coach Milton Barnes knew that the 2019-2020 Jackson Viking basketball season was going to be a challenge, to say the least.  Returning only two players with minimal varsity experience, Barnes used “patience” as the operative word for all those with a stake in Viking basketball. However, what he didn’t envision was not being present for their first win of the season. Barnes, who received two questionable technical fouls on Tuesday against Dexter, served a one game suspension and was not allowed within 1000 ft of the game, and his team.  There is no rule, however, prohibiting a team from being fired up over their coach’s absence. Barnes presence was felt, as the Vikings used his absence as extra motivation to defeat Tecumseh 50-49 at Tecumseh. It was evident from the tipoff this wasn’t the same winless Viking team. Scrappy and dominating the boards at the both ends of the court, the Vikings led at halftime 25-24, but almost went scoreless in the third quarter, scoring 6 points, as Tecumseh took a 38-30 fourth quarter lead, scoring 17 straight points in the third quarter. The Vikings erased the lead by buckets from Kevin Payne, Daivion Boleware, and work horse Damarion Samuels, who led the way with 19 points, 18 rebounds. However, the spotlight belonged to sophomore LaRay Griffin. Inserted into the lineup by Coach Cornell Taylor seconds earlier, Griffin was fouled driving to the basket with 6 seconds remaining. An attempt to ice Griffin with a timeout by the Tecumseh coach proved futile, as Griffin was nothing but net on both free throws, paving the way for the Viking’s first win of the decade.