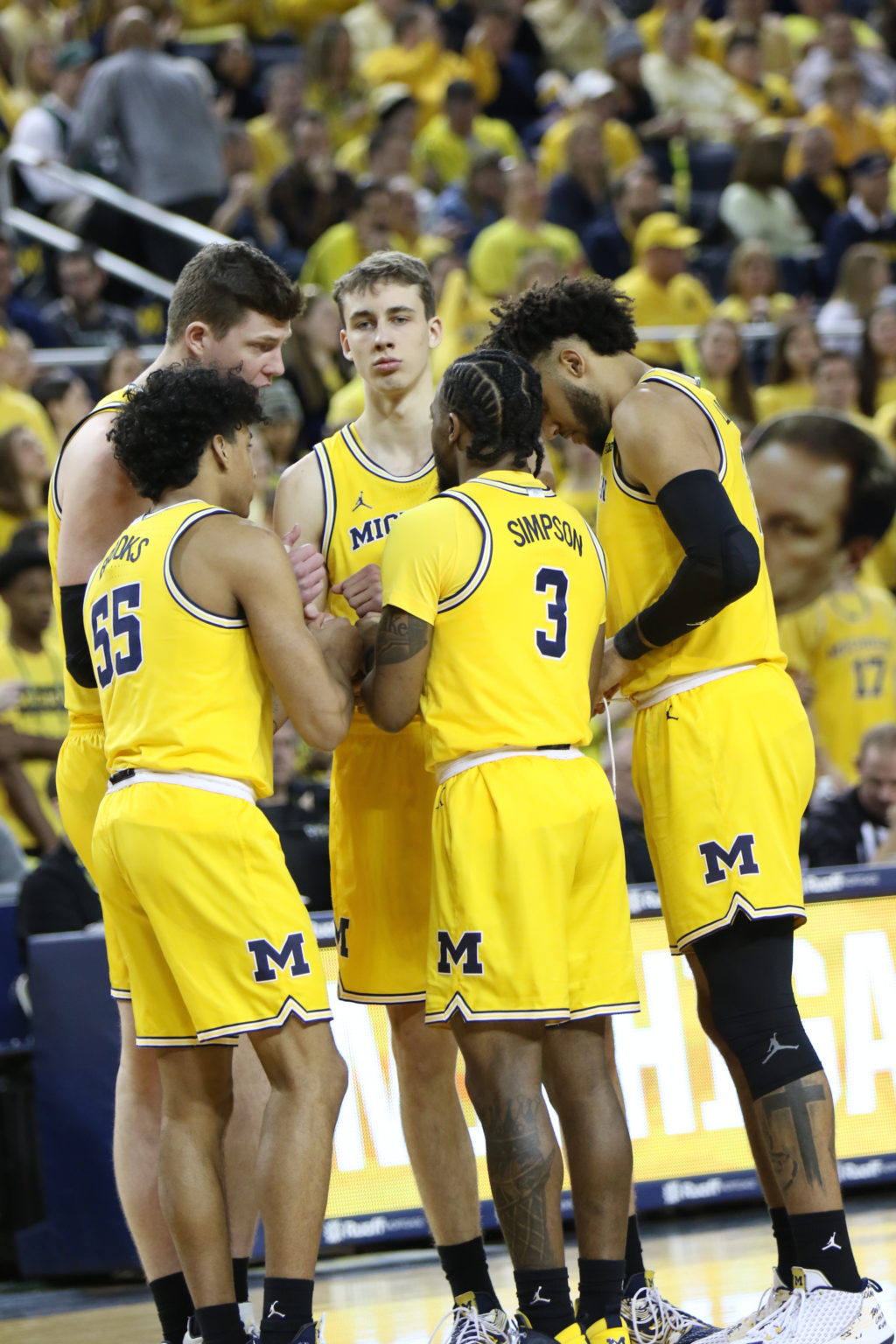 77 – 68 The final score from Ann Arbor, Michigan. Michigan Men’s Basketball team  played one of the most complete defensive games on Saturday night, that they have played all season. Sure the beginning of the game wasn’t the picture perfect  offensive start the Wolverines had imagined. But in the end, the score read what they had hoped for. Going just 1 for 9 from the field in the first 10 minutes and 10- 31 in the first half, the wolverines for the first time this season had to set the tone on defense. Michigan held MSU to only 25.9% shooting and just 4 assists while holding State’s star point guard Cassius Winston to 0 points in the first half. And only 38% shooting in the second half with 6 assists. Shooting hardly improved in the second half as the Wolverines went 14-33 from the field,  but grabbing 7 offensive rebounds and scoring 7 second chance points were the keys to Michigan pulling away.

Mr. Basketball in the state of Michigan in 2017 and now The University of Michigan’s star forward, Isaiah Livers made his return after being sidelined 9 of his last 10 games from a groin injury he had suffered against Presbyterian on Dec. 21st. Coming up huge overall and clutch in moments, Livers was exactly what the Wolverines needed to get past the Spartans. Scoring 14 points and 4 rebounds while only playing 29 minutes. Not only being an offensive spark, but a defensive crutch. Livers being 6’7 230 lbs and very athletic, the Wolverines were able to spread out more on defense and be more confident with screens and switching. Michigan’s next game is Wednesday February 12th at Northwestern at 8:00 pm CT. If Michigan can continue to play like this, it will be a tough team to beat!