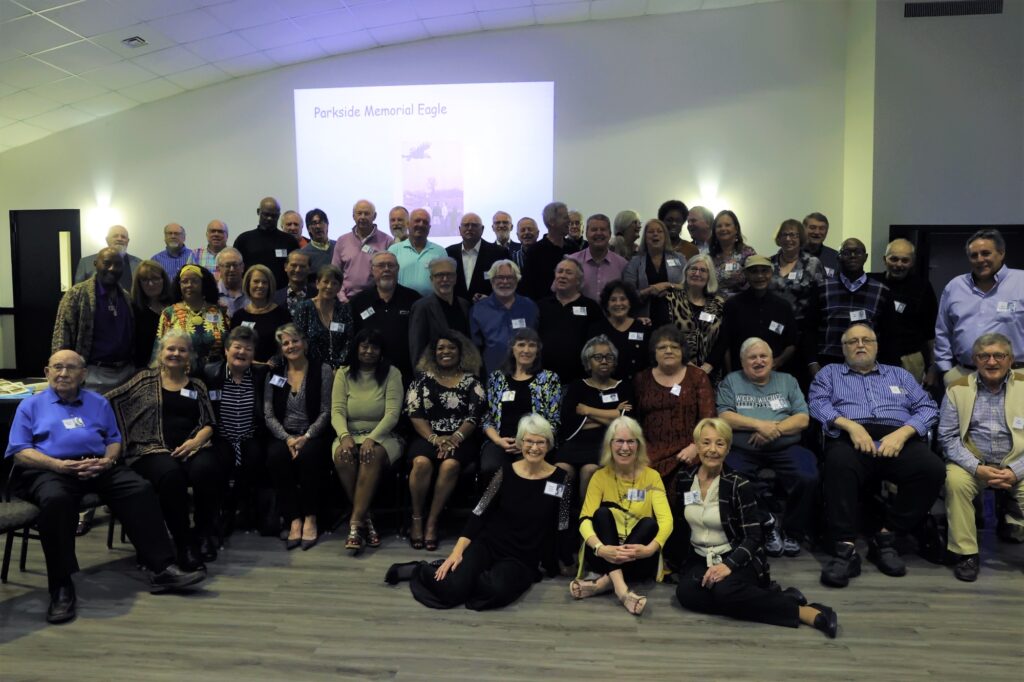 “I was disappointed when I learned that our school district, the Jackson Public Schools, had no Parkside High School memorabilia. Nothing that we could have, and nothing that we could borrow to display.  Its hard to believe that a school that was large and rated Class A with athletes and records to match; as well as a long list of successful doctors, lawyers, dentists, engineers, journalists, educators, artists, actors, business professionals for every area imaginable and at least one federally appointed judge in the state of Alabama…hard to believe nothing left to prove Parkside High School ever existed.

Then I realized last Saturday, October 9th when many of us gathered for our delayed 50th Class Reunion – and we honored each other including those unable to attend and those deceased – that we are Parkside High School.  The graduates that have remained here, as well as moved on to other states and countries.  People are community.  Not the building, the school, the structure or church.   Parkside High School lives on in her graduates and their legacies!” -Marla Gilpin