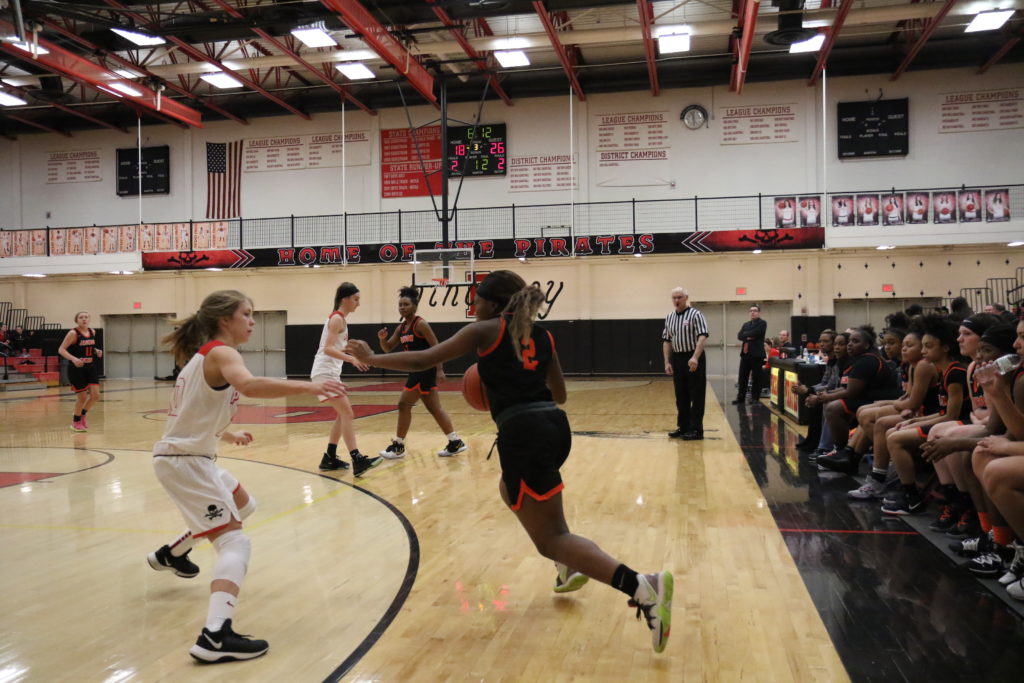 On a cold February Friday night, loyal Viking fans endured the frigid temperatures and rallied behind Jackson High Boys and Girls basketball teams to a round house victory, on the road, against the Pinckney Pirates  The girls set the tone with a hard fought 58-46 win led by Jada Patton’s 20 points.

The Boys followed with a come-from-behind 59-53 victory, led by Damarion Samuel’s double/double 21 points and 20 rebounds.

The Vikings are back in action on Wednesday Feb 26th against Ypsilanti Lincoln at the Eastern Michigan University Convocation Center.

Pastor Hines, Lily Missionary Baptist Church & The City of Jackson embody the spirit of giving, as motorist line up to receive over $67,000 in gifts.